The Danish Government has announced that borders will be open to people from EU Member States, Schengen countries and the United Kingdom (=open countries). A condition for entry will be that the infection rate in the country of residence is low – fewer than 20 of 100,000 people infected.

Countries are divided into two groups: banned countries and open countries. The list is based on the current number of infected people and is updated weekly by the national health authorities. Therefore, there might be changes in a country's status. If you are planning on travelling to Denmark, we urge you stay updated on this matter. You can see the list of banned and open countries at https://politi.dk/en/coronavirus-in-denmark/travelling-in-or-out-of-denmark.

Countries other than EU Member States, Schengen countries and the United Kingdom are currently by definition banned countries. However, there are a few exceptions, click on the link above for the full list. Travellers from banned countries are not allowed to enter the country without a recognised reason. Tourism and participation in sports arrangements including Copenhagen Open is not a recognised reason.

As we have experienced in the last few months things can change very quickly. We must ask everyone to continuously check up on the current guidelines from the Danish health authorities and police at https://politi.dk/en/coronavirus-in-denmark/travelling-in-or-out-of-denmark/entry-into-denmark. It is your own responsibility to be updated right up until departure, so that you are not stopped at the Danish border. The current status, 13th July, can be seen below and are updated each Thursday at 4 PM.

We are looking forward to be seeing as many of you as possible!

What is Copenhagen Open?

Its hundreds of children, youngsters, juniors, seniors and masters athletes, who have thousands of starts and a lot of good experiences!

We open our doors every year in the second weekend of June, and can offer more ahletic events in all age groups compared to other similar Nordic athletic meetings. Copenhagen Open is attractive for all groups no matter your athletic level and age.

We bring both LIVE results and LIVE stream from the competion, so relatives, coaches and clubmates can follow the meeting from home or you can se the highlights of the meeting after returning home.

Copenhagen Open is open to all athletes, and will be an athletics festival!

Se all the events

News about this year's Copenhagen Open

In 2019, the Copenhagen Open gathered more than 600 participants from 10 countries, who together made over 2,000 starts this weekend. 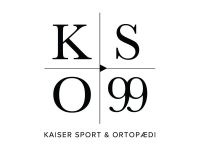